Industrial GRP has an ongoing contract to supply GRP Kiosks to house connectors for all broadcast cabling at a number of Barclays Premier League Football Stadiums. They will be used by Outside Broadcast Companies employed by Sky, BBC and international broadcasters present on a match day. Inside the stadium there are a number of small remote boxes at various camera locations (gantry, studio, interview rooms, behind the goal etc.). Each box will have cabling for camera, microphones, power and other equipment. These cables terminate outside the stadium in one of our GRP Kiosks, where the Outside Broadcast Company can plug in their production trucks. These GRP Kiosks were designed to have full front access with electrically operated steel roller shutter doors. 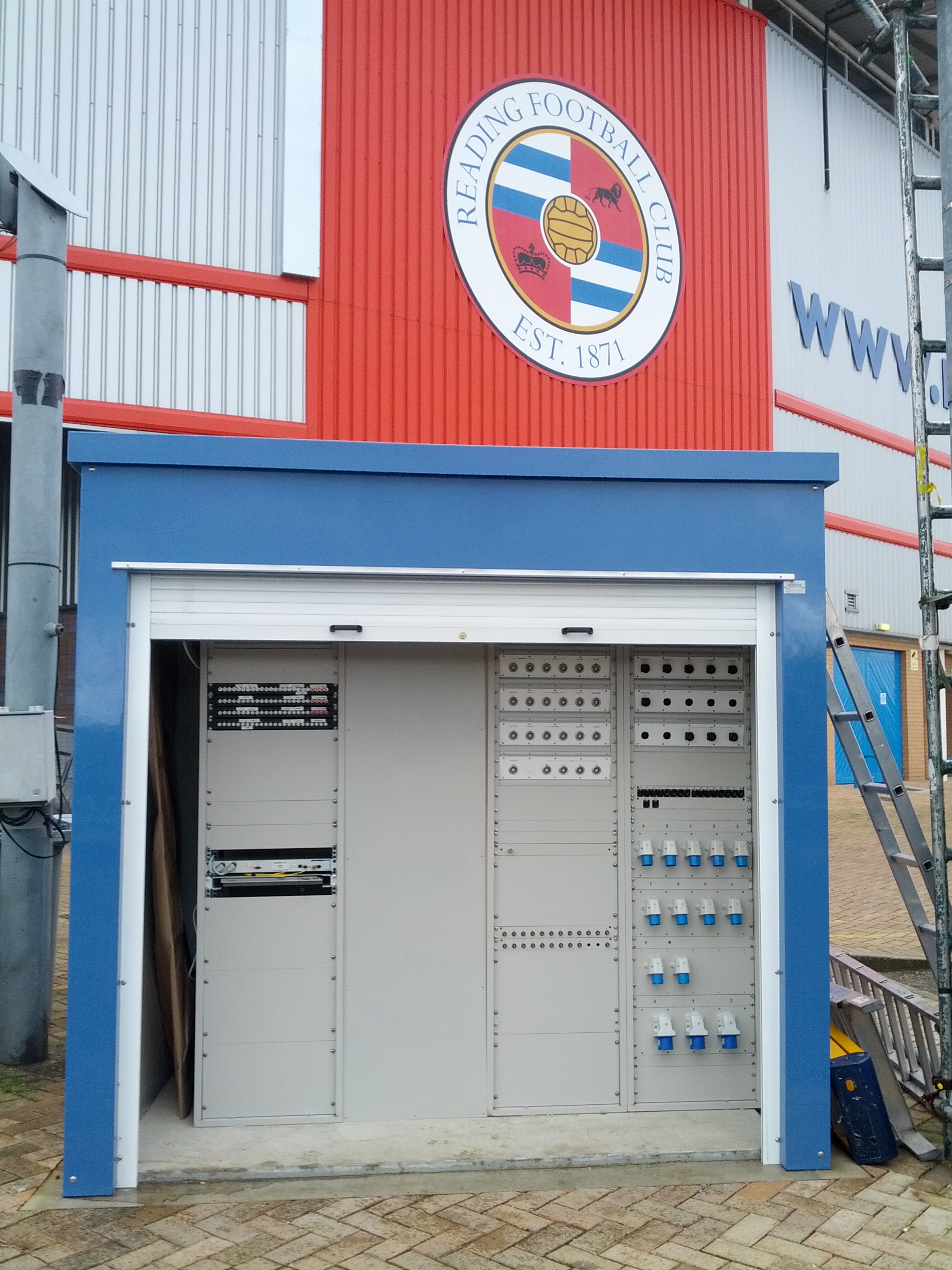 "We have an on-going contract to provide a packaged solution for outside broadcast companies at Barclays Premier League Football Grounds. Part of our contract requires a GRP Kiosk to house connectors, which we purchase from Industrial GRP. This is a prestigious project for us, and as such we require a first class product and service. Industrial GRP consistently provide a fantastic product on time and on budget."

For all general enquiries

For all sales enquiries

This website uses cookies to improve your experience. We'll assume you're ok with this, but you can opt-out if you wish.Accept Read More
Top
Feedback